The Trust is helping to raise awareness of this initiative and is calling on its members, volunteers and citizen scientists to make themselves familiar with the appearance of the Asian or Yellow-legged hornet and to report any sightings to the GB non-native species secretariat.

Records can be submitted via an online form, through the Asian Hornet Watch app available free from iTunes and Google Play, or by emailing alertnonnative@ceh.ac.uk.

Note – the Asian hornet should not be confused with harmless native species such as the European hornet (Vespa crabro). A confirmatory photograph is essential and suspected individuals should not be killed where possible to allow them to be tracked to their nest. 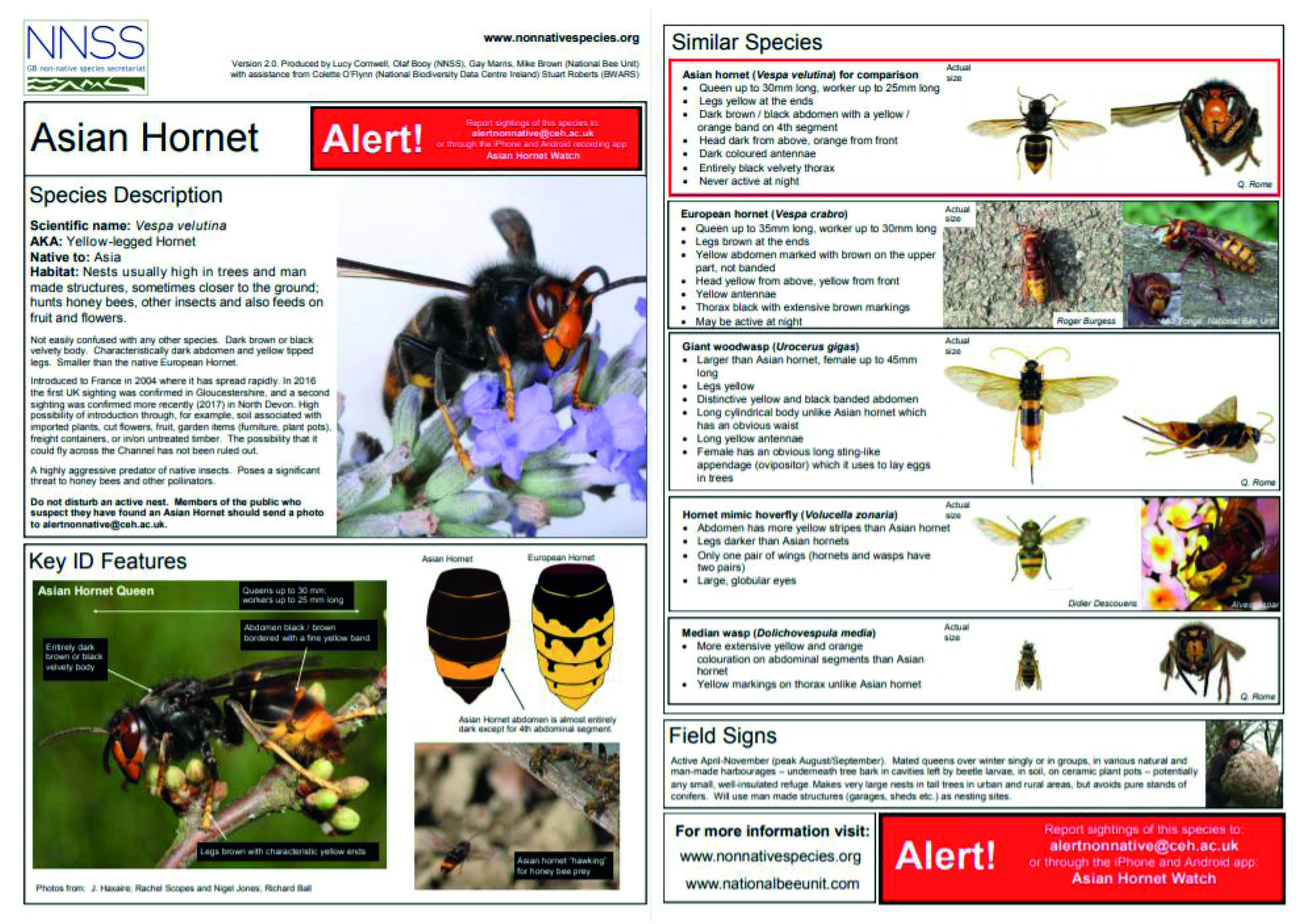