Our Bumblebees of the World journey ends in the Arctic Circle with one of the newest described bumblebee species to science, Bombus kluanensis, named after the Kluane Lake in the Yukon region of Canada. 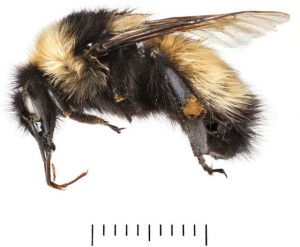 Colour pattern: Queens, workers and males broadly similar: mainly yellow, with a black band across the thorax at the wings, abdomen is yellow haired at the top, followed by a black tail or occasionally a black tail with an orange tip.

It is not very often in the 21st century that new bumblebee species are discovered. However thanks to molecular and morphological analysis by the world’s leading bumblebee experts, a brand new species was described to science in 2016. Bombus kluanensis, originally thought to be a variation of Bombus neoboreus was found to be genetically and morphologically distinct. Both species belong to the subgenus group known as Alpinobombus, an interesting group of bumblebees that can occur as far north in the Arctic as there are food plants available. Those that do inhabit the Arctic Circle are adapted to live with especially short cold summers and have larger bodies and longer hair to keep them warm. They might even be better at thermoregulation than other bumblebees, although this has yet to be investigated.

So how did Bombus kluanensis remain undiscovered for so long? In a recent assessment of the Alpinobombus group, Paul Williams and his colleagues note that the first specimens of this bumblebee species were two queens collected from the Klutlan Glacier in the Yukon, Canada, in 1913. It was not until 60 years later that these specimens were assigned the name Bombus strenuus (which would later be known as the Active bumblebee, Bombus neoboreus) in a review of bumblebees from the Western Hemisphere. A more extensive collecting effort was carried out in 1971 and 1972, in which 18 queens and over 200 workers were collected from Kluane, Yukon. These were also assigned the name Bombus stenuus upon review in 1986. They now reside in the Smithsonian collection in Washington DC, where they remained misidentified until 2015, when Paul re-examined them. What prompted Paul to re-examine these specimens was his discovery that two specimens, collected from the Saint Elias Mountains (Yukon) in 2010 by his colleague, Canadian Zoologist, Syd Cannings, were genetically distinct from other Bombus neoboreus. The DNA barcodes of the new species was later matched to other specimens found in the Alaska mountain range in the Denali National Park, Alaska, as well as the historical records from the Kluane region. 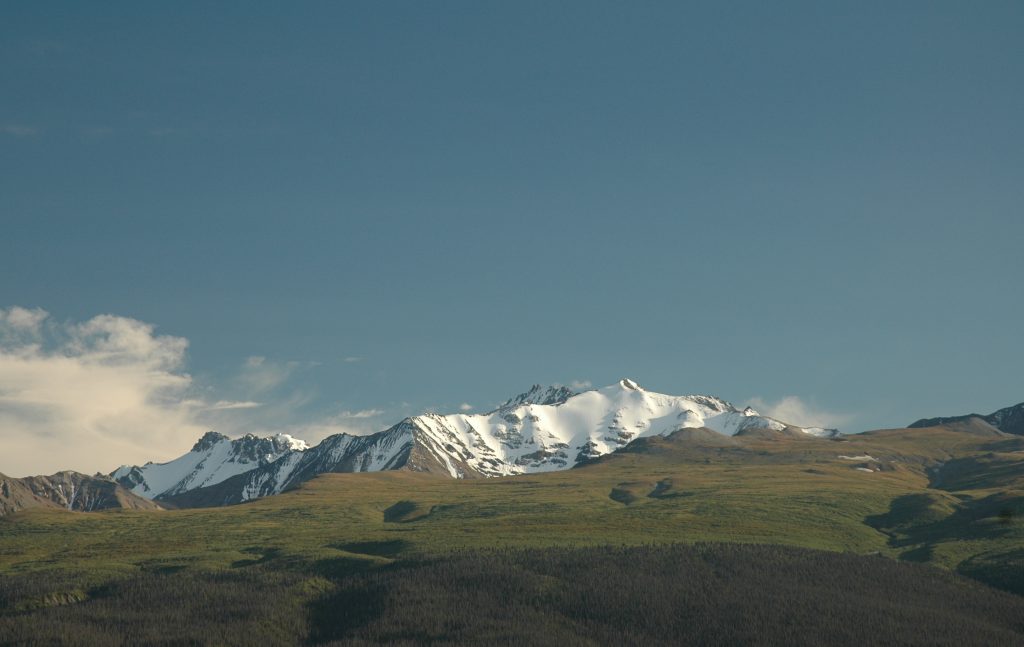 Alpine ridge where B. kluanensis is found, just outside the boundaries of Kluane National Park. Mt. Cairnes is the snow and ice-capped peak in the background. Photo credit: Syd Cannings

Since the discovery, Williams and Cannings have worked to find useful comparable morphological features which can be used to differentiate the Kluane bumblebee from the Active bumblebee. Some of the most useful features are a more extensively longer than broad cheek, more yellow hair with black hairs intermixed along the top two thirds of the thorax (the same area is very pale with few black hairs in Bombus neoboreus), a broad yellow band at the bottom of the thorax, and more black than orange hairs on the abdomen, compared to Bombus neoboreus.

The Kluane bumblebee has not yet had its conservation status assessed, however Syd, who works as Species at Risk Biologist for the Canadian Wildlife Service, explained some of the work that is going on in the region which should benefit the species:

"The government of Canada is interested in increasing the area of their protected areas, and doing this in a rational way that protects biodiversity, so they have given funding to the Wildlife Conservation Society to use the IUCN Key Biodiversity Area (KBA) protocol to delineate KBAs in Canada. The Yukon was selected as a test case for this protocol and we had a 2-day workshop in Whitehorse last month. Part of that protocol looks at endemic species where KBAs could hold more than 10% of the global population of a species (or in the case of a national KBA, more than 10% of the national population). One of the KBAs we looked at was Kluane National Park itself, and Bombus kluanensis was one of the endemic species that we used to justify mapping a KBA using the park boundaries. There are a number of species that are restricted to that region, presumably because of glacial refugia there during the Pleistocene.

Another area that we are interested in is Asi Keyi, a territorial park proposal to the north of Kluane, where we found Bombus kluanensis during a brief visit a few years ago. Yukon Parks is planning to fly into that area this summer, and we hope to hitch a ride in with them to look for endemic plants and insects, including Bombus kluanensis. Although I call this area a ‘proposed’ park, it really is more than that, since the area was identified by the Kluane First Nation in their final land claims settlement as a park. This means it will be a protected area, once all the agreements and plans are in order." 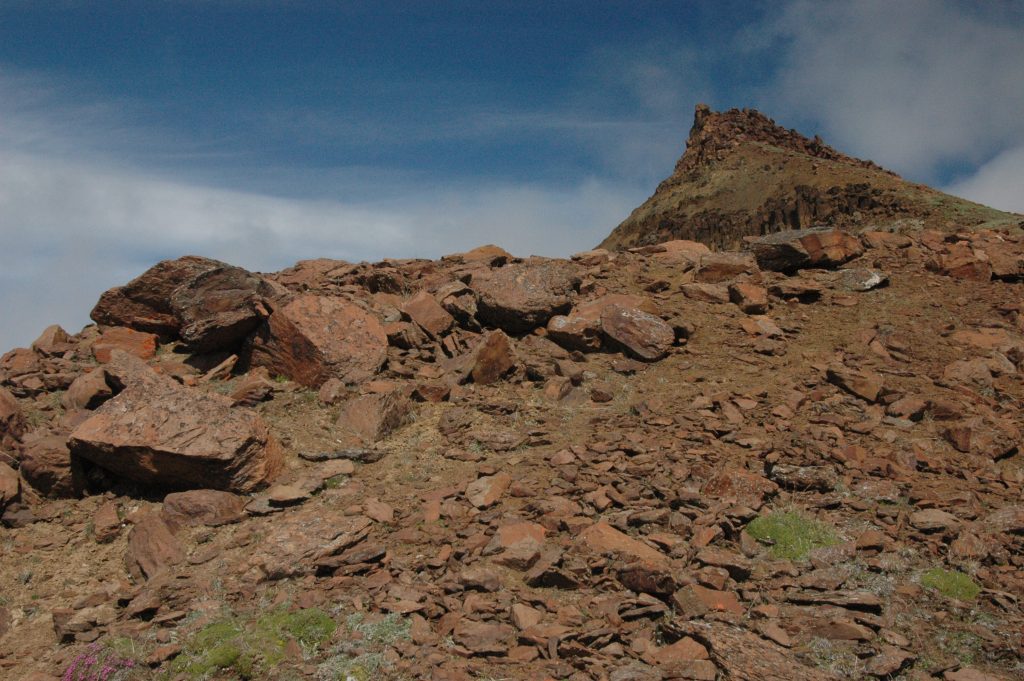 Hoodoo Mountain, an old volcano in Kluane National Park where Bombus kluanensis was common in the foreground of the picture. Photo credit: Syd Cannings.

Interestingly, the story does not end there. Further analysis of specimens collected from Alaska between 2015 and 2017 revealed a second group, ‘unnamed2’, which are genetically distinct from kluanensis, as though they might be a separate species. However, further research into these and other genes shows that these ‘unnamed2’ individuals each have two divergent forms of the COI barcode gene (the section of DNA commonly analysed to uniquely identify a species), a phenomenon that has not yet been widely reported in other bumblebees. For now, because B. kluanensis and ‘unnamed2’ do not show any geographic segregation, they are considered members of the same species, pending further investigation.

Many thanks to Syd Cannings for his helpful information and photographs.