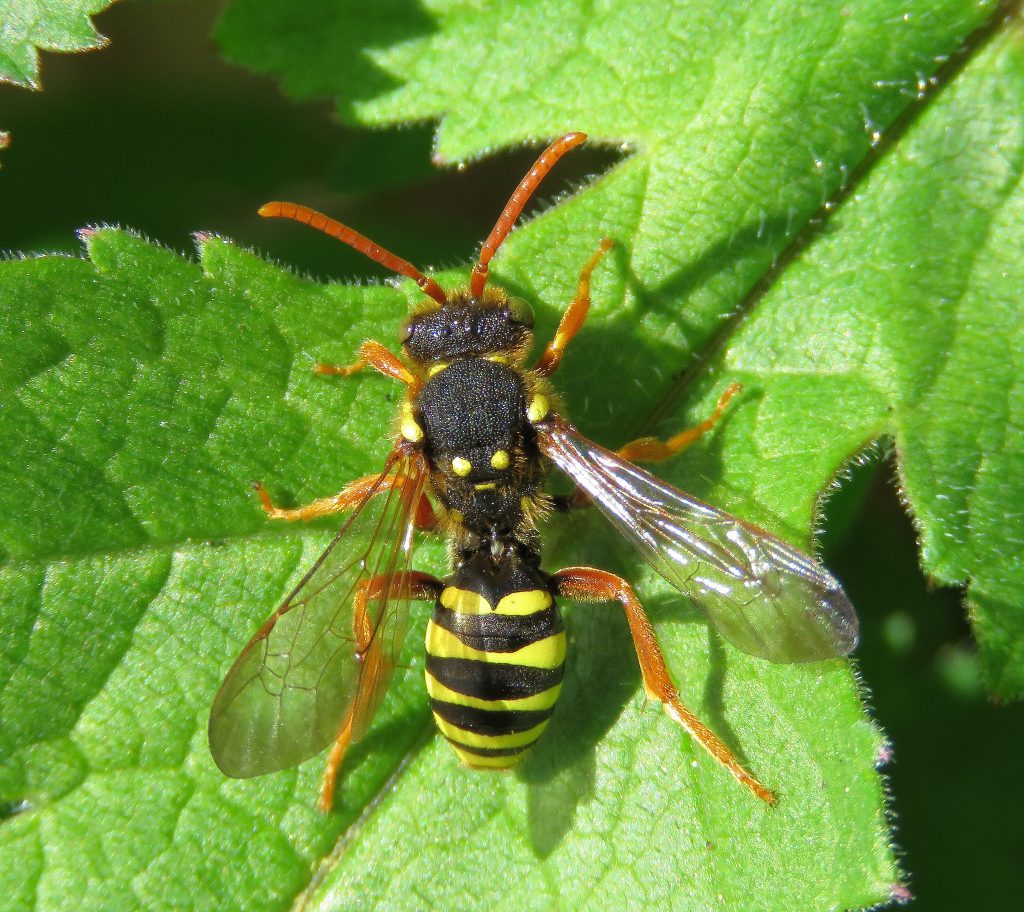 Gooden’s Nomad bee (Nomada goodeniana) is one of the largest and most common Nomad bees in the UK. Nomads are wasp-like, cleptoparasites which will target unsealed pollen-stocked nest cells created by their Mining bee hosts and lay their own eggs inside. 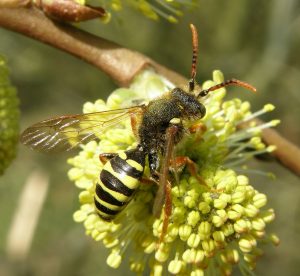 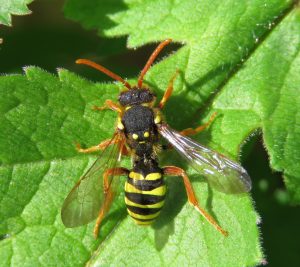 Males are similar to females, although slightly smaller, with more yellow on the face and some black markings on the antennal segments.

Females are mainly hairless with bold yellow markings across the abdomen, and pairs of yellow spots at the base of the thorax, the collar of the thorax and where the wings stem from. Their legs and antennae are orange. Marsham’s Nomad bee (Nomada marshamella) is similar but the first yellow abdominal band is either absent or very faint and the second is quite obviously separated into two parts.

Seen from April to June. Commonly found throughout the south of Britain, with some more localised records in Scotland and Ireland.

After a Nomad larva’s first moult, they are able to use their large sickle-shaped mouth parts to destroy the host’s resident egg or grub, meaning all of the stored pollen is theirs for the taking.