In July 2017, an excitingly rural and colourful search for the Great yellow bumblebee took place in one of the most exquisite locations! 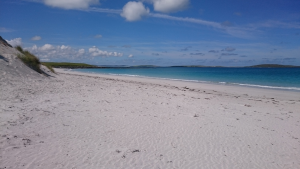 Is it the Algarve? No. Southern Greece? No. Maldives? No… it’s the Outer Hebrides!

We were blessed with several days of glorious sunshine and gentle breezes – which meant no rain and no midges. The sea was even warm, well with my wetsuit on. A week of rain would have seriously limited our chances of success, now we had no excuse.

We met with Bill Neill, wildlife enthusiast and incredible artist, at his home in Askernish, South Uist, to get the lowdown on the best places to start our search. Bill is a keen recorder of all wildlife on South Uist and contributes to the Outer Hebrides Biological Recording Project. 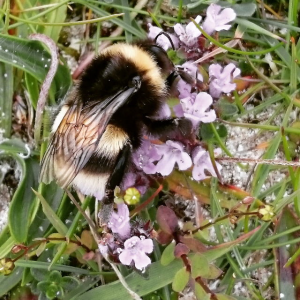 His input was invaluable and I’m sure we were more successful because of him. However, I was immediately alerted to my naivety regarding the island species when I suggested we had already seem a number of Buff-tailed bumblebees, only to be gently corrected as Buff-tails don’t occur on the islands and I was actually seeing White-tailed, Bombus lucorum.

This White-tail was particularly tricky to photograph as she was very spritely and preferred to flit between thyme plants rather than settle on a large patch and feed for longer. 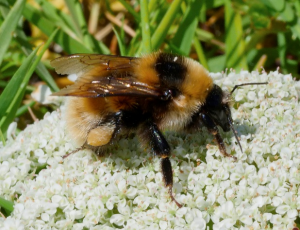 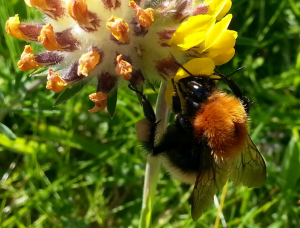 The Great yellow, and in-fact most pollinators on the islands, need the machair to survive. The machair is a low-lying, flower-rich environment, found only near coastal areas where crofting is delicately managed. Some of the best machair in South Uist can be found at Kilpheder (Cille Pheadair). It was here we saw our first Great yellow. We were also introduced to the stunning Moss carder (Bombus muscorum ssp. agricolae), a unique variation found in the Scottish islands, and another variant specific to the Hebrides, the Heath bumblebee, (Bombus jonellus ssp. hebridensis)

On leaving South Usit on our journey north we headed straight for the RSPB’s Balranald Nature Reserve. There, Bill had told me to ask for Jamie, and as instructed I did. Jamie was sat in the sun relaxing before taking out a guided walk and gave us some excellent directions to a stretch of machair bursting with kidney vetch and clover, staples of the Great yellow.

We spent 5 hours waking slowly, shin deep in abundant and aromatic machair. Intermittent bursts of energy with nets swishing, collecting, photographing and counting the bumblebees we saw. We couldn’t believe it, whether it was the glorious weather, the stunning flora, or our enthusiasm… we recorded 12 Great yellow queens, 30 Moss carder queens and 5 Heath bumblebees. 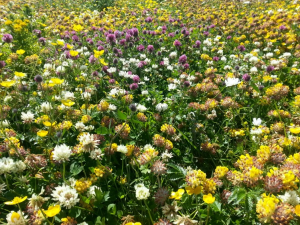 As I lay in the machair taking a rest and absorbing the sun’s rays, I got to thinking of the amazing world we live in. The machair appears as a jungle, red clover, kidney vetch, ragged robin, yellow rattle, buttercups and daisies. The Great yellow queen is the giant that navigates this terrain. Queen of all she surveys, a flying barn door of a bee, with a deep buzz to boot. But for how long?

Were we incredibly lucky in our adventure? Or is the Great yellow doing very well? When we headed further north to Lewis, the story is not so rosy. The beautiful rich machair of the Uist’s are not so common further north, the way of crofting is different meaning the machair is sparse, as are the pollinators that rely on it. I hope that the machair can be encouraged to recover with careful land management and support for the crofters.

I work for the Bumblebee Conservation Trust. Raising awareness is only one part of our work. Liaising with local communities, farmers and landowners is another, and saving the sound of the summer, especially the deep resonating song of the Great yellow, is my personal dream.

On an aside, if you ever make it to the Outer Hebrides don’t rush through Harris. It is a lovely island with lots of hills and rolling roads. It also has the Isle of Harris Gin Distillery and of course, the Harris Tweed industry. With that in mind, tartan not gin, I decided to create my own Great yellow and Moss carder tartans. Maybe Harris Tweed will commission a run and donate the proceeds to the Great yellow. No harm in asking 🙂 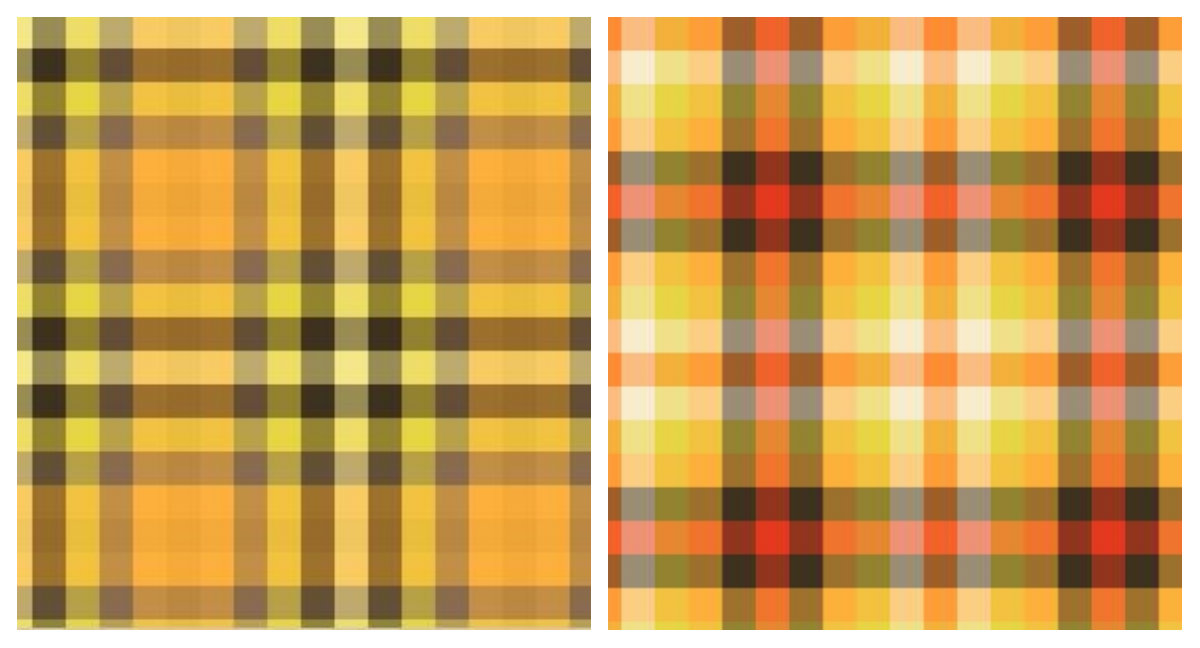 Thanks to my husband Bill Wales for providing the pictures of the Bombus muscorum spp. agricolae queen and the Bombus distinguendus queen.