The Bumblebee Conservation Trust’s ‘Making a Buzz for the Coast’ project, has been awarded first place in a national competition run by the Association for Local Government Ecologists, from a field of over 50 nominees from across the UK.

The award recognises successful collaborative working between organisations who are working in partnership for a positive outcome for biodiversity and protecting wildlife. Making a Buzz for the Coast  works in partnership with Kent County Council, Swale and Thanet District Councils, Kent Wildlife Trust, RSPB and Thames Water to conserve habitats and promote understanding about the nationally important bumblebee populations of Kent. The project is funded by the National Lottery Heritage Fund.

Bumblebees and other wild bees have long economic and cultural associations with Kent as the ‘Garden of England’ linked strongly to the traditions of fruit growing and horticulture, and benefitting from Kent’s mild climate.

Kent is recognised as one of the most important parts of the UK for the diversity of bumblebees, with 22 of the UK’s 24 species recorded in Kent including five species that are rare or vulnerable nationally. The project is helping to strengthen and improve the status of these much-loved and vital pollinating insects, many of which are declining in numbers. 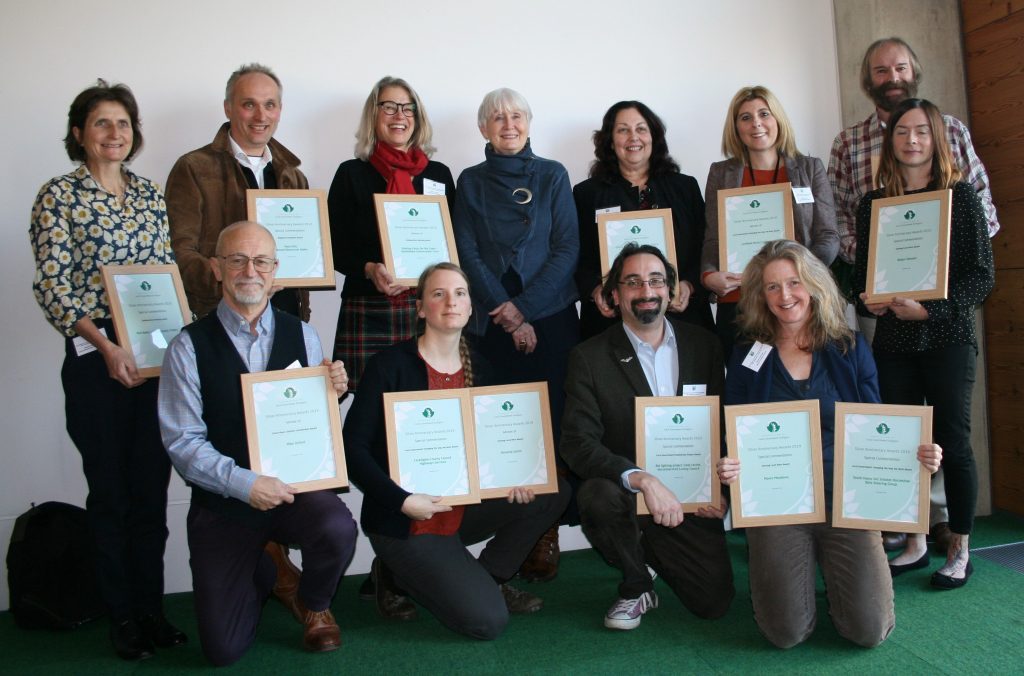 Emma Lansdell, Project Manager for Making a Buzz for the Coast said “The Making a Buzz team and our partners are delighted to be recognised nationally for the important work we are doing to conserve and promote interest in bumblebees and other wild bees – in Kent and beyond.  This award comes at the end of a very busy 2019, and through this recognition, we hope to encourage even more support and public involvement in the final year of the project in 2020.”

The judging panel for the Association of Local Government Ecologists said “We were particularly impressed with Making a Buzz for the Coast’s extensive collaboration with both local government, stakeholders and landowners which has already delivered notable gains in respect of pollinator habitat and wider biodiversity benefits this brings, not to mention the return of rare and threatened bumblebee species to previously unpopulated sites”.

Working along 135 miles along the north Kent coast from Dartford to Deal, the Making a Buzz for the Coast partnership provides advice and support to landowners, and land managers to improve and manage flower-rich habitats for bumblebees, including grazing marsh and coastal grassland, road verges managed as Bee Roads, farmland and public parks.

The Making a Buzz for the Coast team has trained and supported members of the public from all backgrounds and ages to become bumblebee volunteers who can identify different bumblebee species and carry out surveys including the Trust’s national citizen science scheme BeeWalk. To date the project has engaged over 9,500 members of the public to understand and appreciate the vital importance of bumblebees through workshops and events, including taking action in their own gardens and allotments.

Read more about the project.