My first year of being a BeeWalker, by Loretta Francia

Hello, my name is Loretta and I’m a brand new BeeWalker! Several years ago, my partner George and I started a market garden business in Cornwall from scratch. The area was just a boring stubble field when we started and the first project was planting some hedges (early willow, Italian alder, and Rosa rugosa) to slow the westerly winds down – the originals had apparently been removed in the 1960s during farm “improvement”. It was a bee desert! Soon after, we started keeping honeybees to help with the pollination of our newly planted fruit bushes and veg. It wasn’t long before we noted how lazy honeybees were and how industrious bumblebees are! They’re up earlier in the day and earlier in the year, go to bed long after the honey bees are tucked up in their hives and they’re even out working on rainy days. 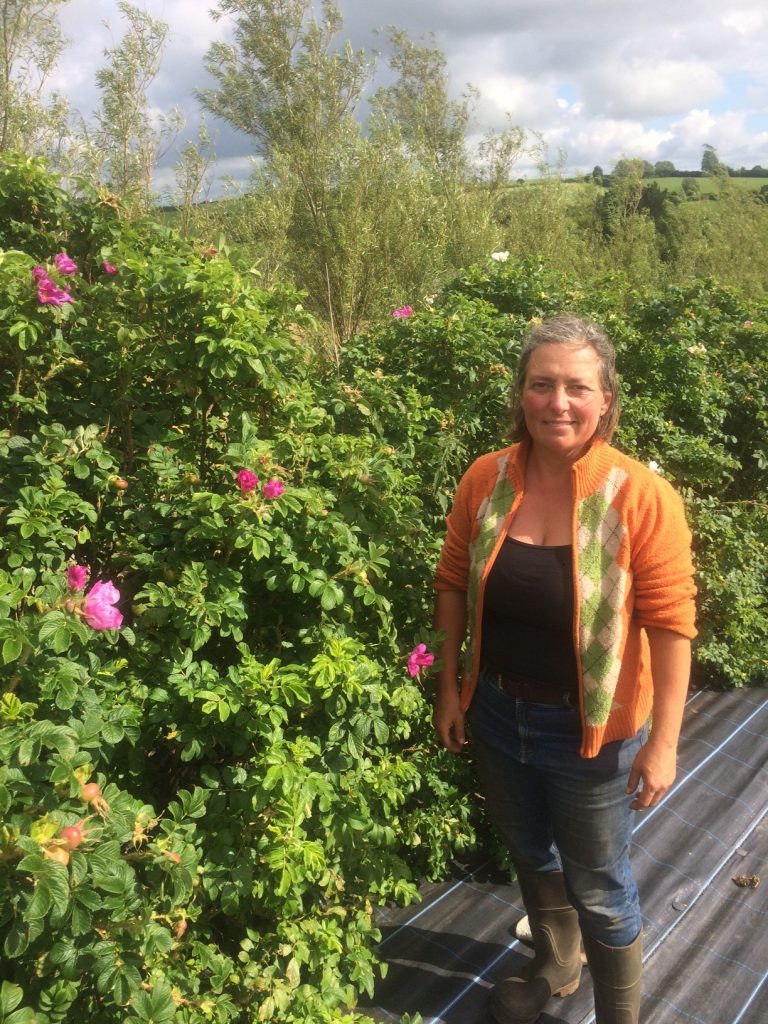 As time went on we were curious about all the different bumblebees that were now turning up as the field became more interesting for them and in return, they supported us! George bought me Professor Dave Goulson’s book “A Sting in the Tail” along with a bumblebee identification book and I was off. I signed up for BeeWalk in March 2020 and set up my route around our field. Obviously “lockdown” happened and I feel extremely grateful to be able to go to work every day growing food for local people and being able to start my first BeeWalking season when many can’t. I’ve learned so much. It’s fantastic to see and identify the diversity of bumblebees that we have – I’m always whipping out my book or phone to look at the Trust’s cheat sheets. Early in the season when it was time to close up the polytunnels for the night, two fruit punnets became my DIY queen catcher. The queens, mostly Buff-tailed and Common carder, who’d been visiting flowering brassicas, were still there completely missing the open doors and beating themselves against the plastic. I wanted to make sure I released them to go home to make more bumblebees. I nearly made a few Loretta shaped holes in the tunnel falling off a ladder as my obsession grew!

As the season has progressed my latest challenge has been trying to identify the males who are often so stunningly different from the ladies. Yellow-faced male Early bumblebees around us seem to be potty about comfrey! The most surprising thing has been to recognise that teeny tiny asparagus flowers are very popular with heavy White/Buff-tailed and Tree bumblebee workers and that the pollen in their baskets is vivid orange. The most amusing find has been watching White/Buff-tailed bumblebees licking the honeydew from the bottoms of the black aphids that colonise the north side of our willows.

Although becoming aware of the diversity of bumblebees, and what they’re up to around me, is endless fun at any time, it’s a shame that I didn’t come across BeeWalking earlier. It’s been a great way to formalise the changes through this season of what species are present, when they have woken up and when their different sexes appear. I wish I’d started years ago but I’m now looking forward to monitoring the changes in future years in our tiny spot of land.

I feel extremely lucky that my fledgling BeeWalking enthusiasm could go ahead right from the start of the season when many couldn’t get to their routes but now lockdown is easing I hope everyone can restart the fun times that I’ve been introduced to this year and get some data logged. Go BeeWalkers!!!!