Researchers from the Centre for Ecology and Hydrology (CEH) have published the results of their long-awaited, pan-European field study examining how real-world exposure to neonicotinoid pesticides affects bees. This important experiment, conducted in the UK, Germany and Hungary, supports the results of earlier, smaller-scale experiments which found neonicotinoids to be harmful to bees, especially wild bees. The study found negative effects in domestic Honeybees (Apis mellifera) in the UK and Hungary, while the most damning effects were found in the reproductive capabilities of Buff-tail bumblebees (Bombus terrestris) and Red Mason bees (Osmia bicornis) across all three countries. 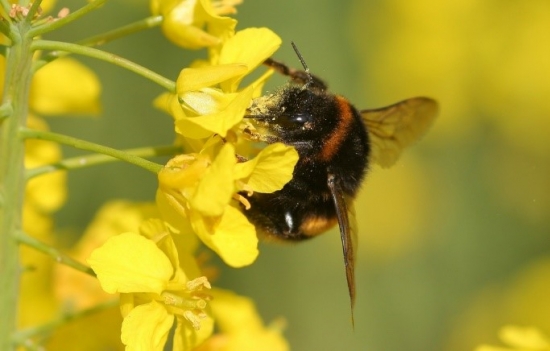 Lead author, Dr Ben Woodcock said “The neonicotinoids investigated caused a reduced capacity for all three bee species to establish new populations in the following year, at least in the UK and Hungary.”

Gill Perkins, Bumblebee Conservation Trust CEO, said ‘We welcome this major field study by CEH, the findings of which further support the action taken by the European Commission to ban the three most widely-used neonicotinoids on flowering crops due to their harmful effects on bees, particularly wild bees. We remain committed to keeping the ban in place and are currently in the process of updating our policy on neonicotinoid pesticides. This will be discussed and agreed at our Trustee Board meeting at the end of August.’

Further information about the study, published in Science on the 29th June 2017, can be found here.