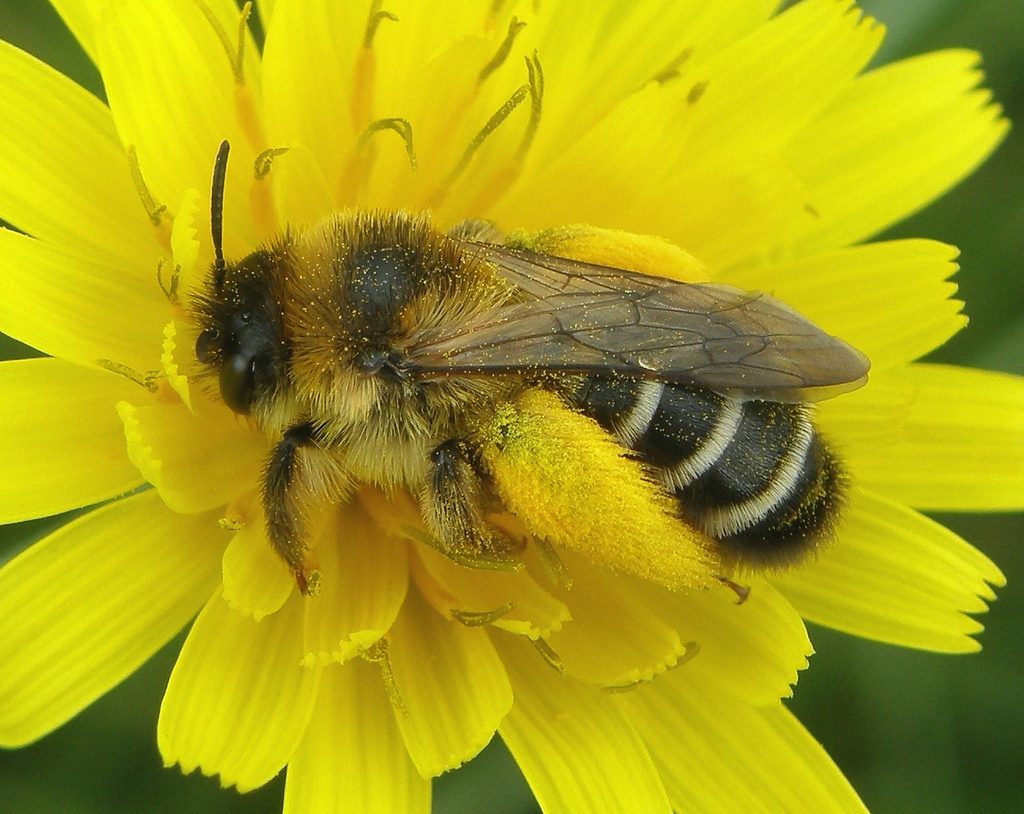 Pantaloon bees get their name from the females’ oversized orange pollen brushes on their hind legs, which give the impression of a bee wearing pantaloons. These bees are striking and easy to recognise, although the males are not as obvious. 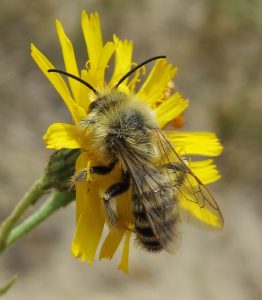 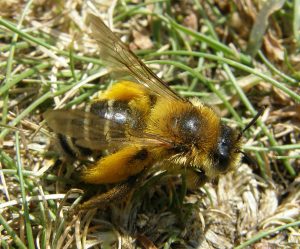 Males are have long golden brown hair on their bodies with similar banding on the abdomen to females. They also have longer than average hair on their legs but lack the distinctive pantaloons. They can fade to a silvery-white later in the season as they become bleached by the sun.

Females are unmistakable with large orange pollen brushes on their hind legs giving the impression of them wearing pantaloons. They are a medium/large sized bee with golden brown colouring on the thorax and alternating golden brown and black bands on the abdomen.

These bees are commonly associated with coastal and heathland habitats, where the females will excavate nesting cavities in sandy soils. They often nest in large groups, although each female tends to their own individual nest. They tend to forage only on flowers from the aster family, particularly ones with yellow composite flowers like Hawk’s beards, Ragworts, Common fleabane, Hawkbits, Cat’s ear and Oxtongues.

Seen from June to late August. Commonly found in the southeast coastal areas of England, with some populations occurring in southwest coastal regions, on the west coast of Wales and a few inland sites in the Midlands. Not recorded in northern England, Scotland or Ireland.

Those pantaloons are not just all for show. The females use them to help excavate sand as they reverse out of their burrows. This gives their nesting sites a unique fan-shaped spoil heap, makes their nests distinguishable from other mining bees’. Check out the video below to see a female Pantaloon bee in action.