The full bloom of cherry blossoms is a beautiful and yet ephemeral event that lasts about three weeks (typically from mid-April to early May). Numerous blossoms are available to pollinators, but resources are scarce for them in orchards after the blossom period. Cherry orchards have evolved in the last decades from the traditional open orchards with large trees to modern protected orchards with a smaller but greater number of trees (Figures 1A and B). 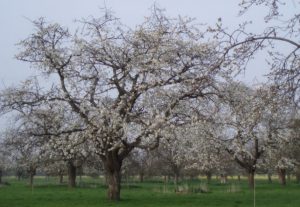 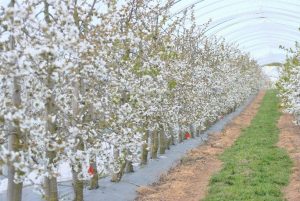 However, pollinators are still needed to pollinate cherry blossoms and underpin yields, particularly since most of the varieties are self-incompatible and cross-pollination is required. Consequently, growers are highly reliant on managed pollinators. For the last three years, I have been researching pollination and pest regulation in commercial sweet cherry orchards in the West Midlands for my PhD at the University of Worcester. I have investigated the enhancement of wild pollinating insects, including bees, hoverflies, and butterflies through wildflowers. 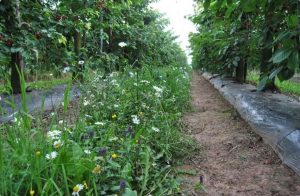 Figure 2. Wildflower strip in the alleyway

Newly created wildflower habitats, with native perennial plant species, were established in the alleyways between rows of cherry trees (Figure 2) to increase sustainable and resilient pollination. This is the first time that such an approach has been investigated under protective cropping, and could involve important benefits for the sweet cherry industry. A key aim of my project was to investigate what pollinators visited cherry blossoms and how effective they were delivering pollination services. I also investigated what pollinating insects used the wildflowers after the blossom period until late September. The study was funded by the University of Worcester, Waitrose & Partners, and Berry Gardens, in partnership with the University of Reading and NIAB EMR.

As with many fruit crops, cherries are typically pollinated by the western honeybee (Apis mellifera), but increasingly buff-tailed bumblebees (Bombus terrestris) have been used. Honeybee hives are hired and bumblebee nest boxes are bought, so that there are enough pollinators to support production. However, wild pollinators might be more efficient at pollinating cherry blossoms compared to managed pollinators. During our transect surveys in cherry orchards across the three-year study, we recorded a total of 19,738 pollinating insects, of which14,724 were recorded during the blossom period and 5,014 after. Managed pollinators were the most abundant with 6,502 honeybees, and 5,296 buff-tailed bumblebees recorded. Hoverflies were the most abundant wild pollinator guild, which accounted for 4,760 individuals, followed by 1,879 bumblebees, 1069 solitary bees, and 232 butterflies.

In total, 104 different pollinator species were recorded! This included one species of honeybee, ten bumblebee species, 33 species of solitary bee, 48 species of hoverfly, and 12 butterfly species. These figures show how reliant growers are on managed pollinators. However, despite the greater abundance of these, wild bumblebees (queens during the cherry blossom period) and solitary bees were more effective pollinating cherry blossoms, since they frequently contacted cherry stigmas and flew often between rows, enhancing cross-pollination. 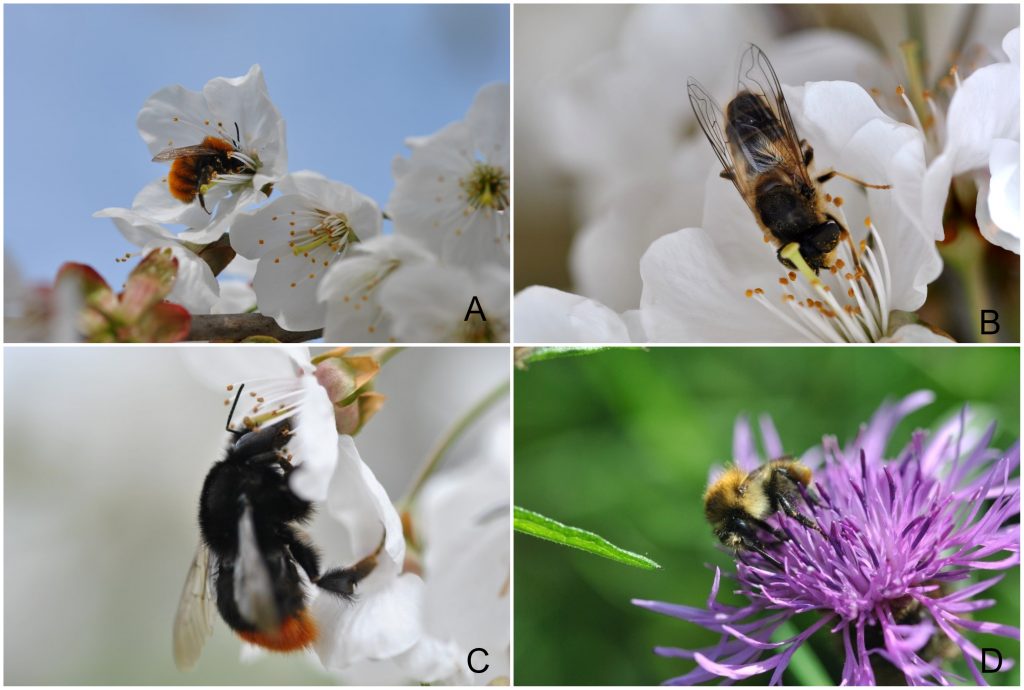 Throughout my study, I found that wildflower strips increased the abundance and richness of pollinating insects, and therefore pollinator diversity, compared to unsown conventional alleyways. This led to an increase in fruit set. Although it takes time for benefits for growers to materialize, our approach has created a range of possibilities for growers to produce sweet cherries more sustainably. For example, wildflower habitats also provide resources to other beneficial insects (e.g. natural enemies), which can deliver pest regulation services throughout the growing season. The inclusion of wildflowers in the orchards also means the orchards can support pollinators throughout the year and not just during the cherry blossom period. The wildflower habitats are also an important tool for conservation, given that many pollinator species continue to decline.