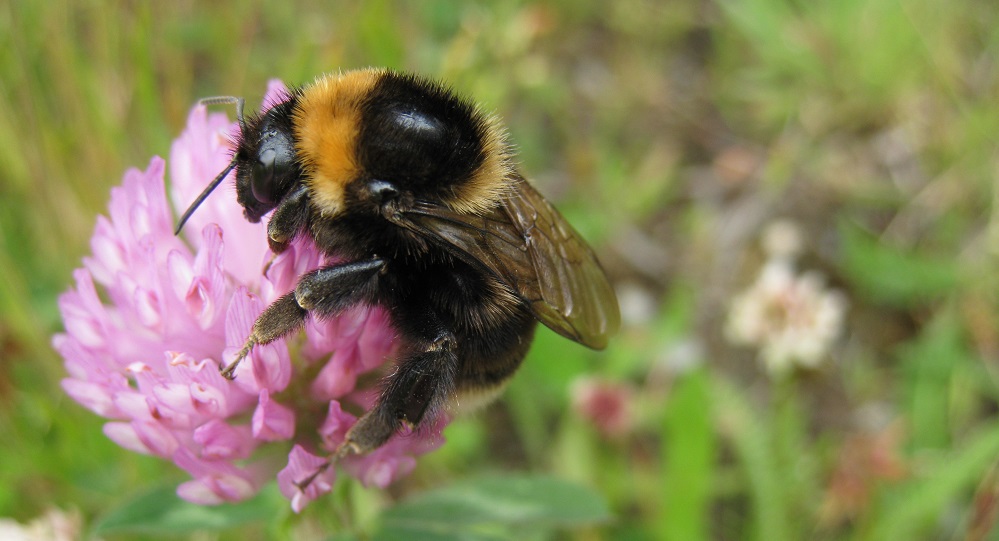 The Short-haired bumblebee (Bombus subterraneus) is native to the UK and was once widespread across the south of England, occurring as far north as Humberside. Post-1950s its population distribution became isolated and patchy. Its decline was almost certainly the result of the loss of the species-rich grassland habitats on which it depends.

It was last recorded near Dungeness in 1988 and was declared extinct in 2000.

The Short-haired bumblebee reintroduction project aims to reintroduce this lost species to the UK, raise awareness of bumblebee and flower meadow declines, increase resident rare bumblebee populations, and recreate and give advice on managing and maintaining flower-rich areas. The project has been running since 2009 and is working with farmers, conservation groups, smallholders and other landowners to create flower-rich habitat within the release area of Dungeness and Romney Marsh in Kent and East Sussex.

The three rare bumblebee species most frequently encountered in the project area (Bombus muscorum, Bombus humilis, and Bombus ruderatus) all show a trend towards increased abundance on sites where the project has carried out habitat advice and planting.  The nationally rare Ruderal bumblebee has increased most significantly, and Dungeness is now one of the best places in the country for the species as a result of the project’s work. All three rare bumblebee species have been recorded returning to areas where they had not been seen for up to 25 years.

We would like to thank the following funders for supporting this project over the years:

Please check our Volunteering Opportunities page for details of how to get involved with our projects.

If you would like more information about the project, please email nikki.gammans@bumblebeeconservation.org.