The Species Champions Initiative was launched by Scottish Environment LINK’s Wildlife Forum in January 2013 and continues to invite all Members of the Scottish Parliament (MSPs) to choose from a list of species that are currently facing significant threats to their future – and then champion their survival. Click here for more information.

Highlands and Islands MSP David Stewart (Lab) chose the Great yellow bumblebee. This species has had its fair share of ups and downs in recent years, but our Thurso: Gateway to the Great Yellow project made new steps towards achieving sustainable habitat creation and restoration across Caithness, one of the last strongholds of the Great yellow. With help from David Stewart MSP, we were able to get the message out to a far wider range of people.

We are now continuing to take forward conservation work on this rare species through the Saving the Great Yellow Bumblebee project.

The Species Champion initiative in Wales was launched in 2016 and continues to invite all Assembly Members (AMs) to choose a species that is present in the area they represent, and which is facing significant threats to their future. The aim is to raise the profile of Welsh nature in the Welsh Assembly. Click here for more information.

Bumblebee Conservation Trust currently has one Species Champion in Wales:

The MP species champions project is suspended until after the General Election 2019.

The English Species Champions Initiative invites Members of Parliament (MPs) to lend their political support to the protection and promotion of threatened wildlife by becoming ‘Species Champions’ for a species selected by conservation charities as relevant to their constituency or interests. 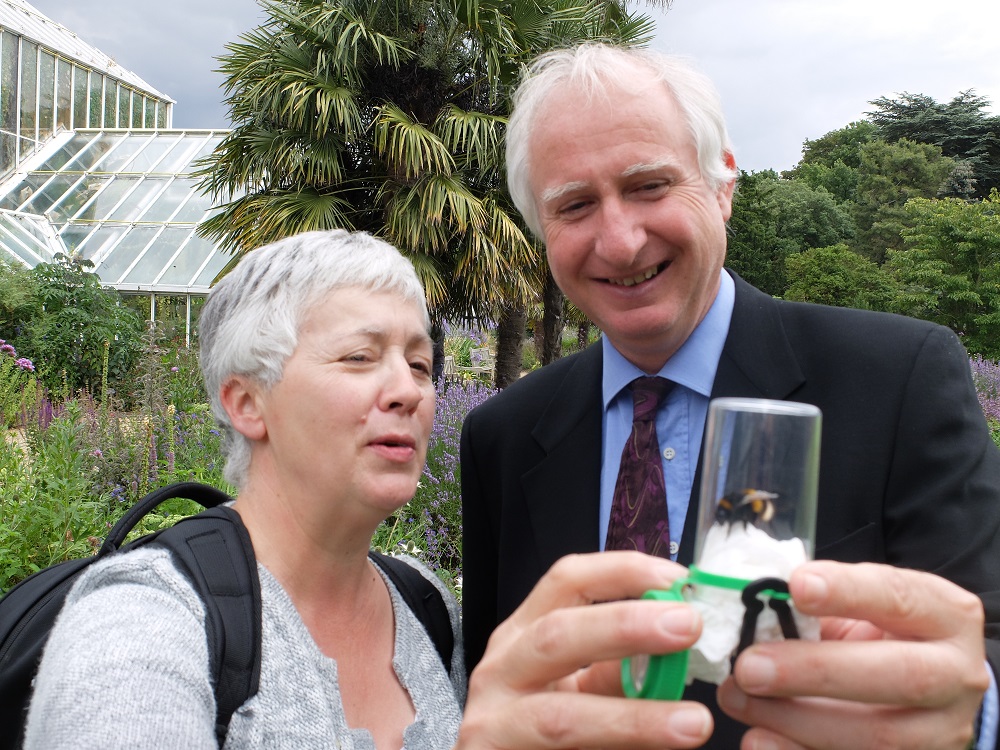 The support that the MP lends includes:

The overall objective of the Species Champions project is to improve the wellbeing of specific threatened species within the UK. It also offers partner organisations the opportunity to establish closer relationships with MPs and to encourage more MPs to speak up for nature in Parliament.