The species has dark wings, but generally has a very yellow appearance, with a yellow-black-yellow thorax and large yellow patches on the sides of the abdomen, sometimes so extensive that the entire abdomen can appear yellow, with a narrow black strip along the top. At the other extreme, melanic (all black) individuals are not uncommon. 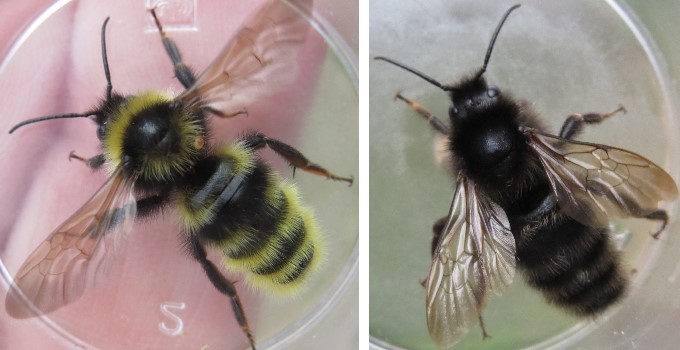 Males can be rather similar to males of the Forest cuckoo bumblebee (Bombus sylvestris), but have black hairs at the tip of the tail rather than orange.